Now I´ve launched the first kickstarter project in US together with a friend there and some friends here in Germany. Its about an epic battle contest with RC controlled giant Robots based on LEGO Technic and MINDSTORMS. We also going to use autonomous Drones, and challenge us with races, missions, coop and much much more. 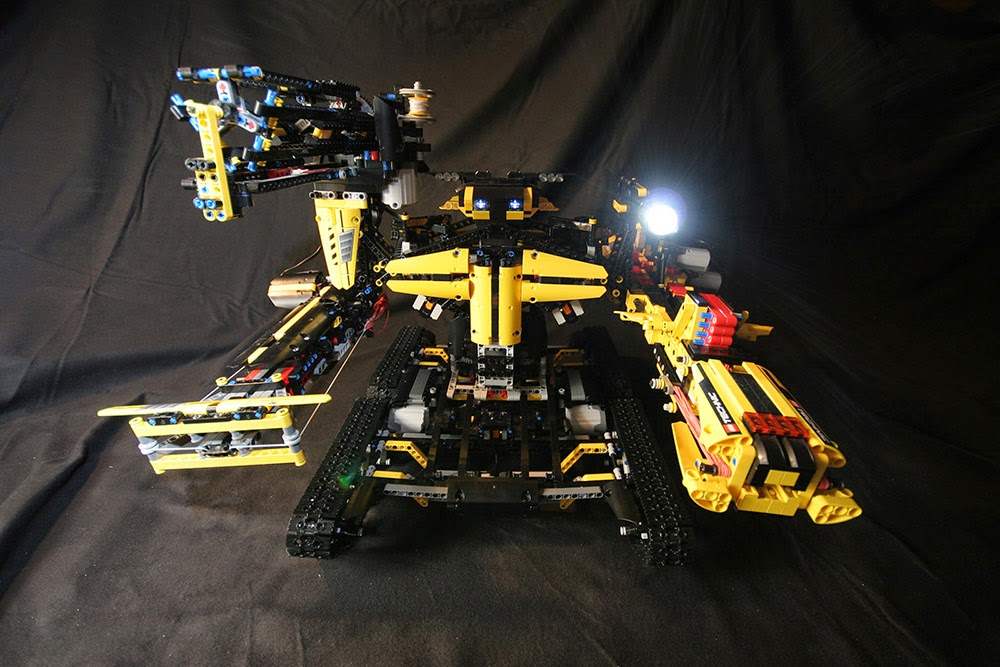 Our Kickstarter launch is next wednesday and we already have trailers and a webpage online, all informations you can find here:

And now its time to go again, since 3 weeks we do marketing like maniacs ^^ And theres still a few days to keep on doing it ;-)

Have a nice start into the winter time ^^


Posted by Independent game development - FREAKWAVE at 7:29 PM No comments:

Today my first two iPad apps Extra Fluffy and Pulse of Life are released in apples app store. Images, info material, and shop links you can find at www.freakwave.de.

Im very happy that everything about this first apps runs well, and I already have some bigger and specially even more interesting game for casual gamers under developing. The alpha version already runs and soon I going to show more details about it, just for a few weeks it have to wait in top-secret mode ^^

I wish you all a lot fun with playing the games all over the world ;) 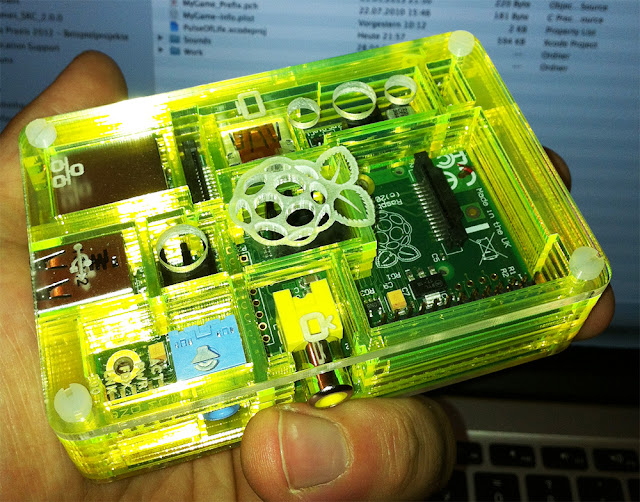 Posted by Independent game development - FREAKWAVE at 10:38 AM No comments:


Both games, Extra Fluffy and Pulse Of Life are now finished and send to apple. In about one week I Hope to get the approval, and a few days later they will be available in all app stores world wide.

The homepage is also finish, including long videos about this games and others, and I will upload it a few days before release.

Many more games are in pipeline, and i already start testing what i may develop next.

So have a nice day! And keep patience, soon the games are available. And by the way, I still look out for new game testers.

Rayjunx
Posted by Independent game development - FREAKWAVE at 7:23 AM No comments:


Do you know about the crawling bugs hiding inside the source codes and bring the programmers sleepless nights? I would tell you a little bit about it ;) There´s many ways you can breed some nice population of bugs inside your source code as programmer. I give small non programmer compatible example.


You write a list with 10 balls flying around your screen for a little game. This list starts from 0 to 9, so 10 elements inside, because 0 gets counted as the first element in chain. If you forget that fact, and try to tell BALL[10] to move, you get a evil program error. But you find out quick.

If you delete balls going out the field, and use a automatic rutine for that like NSMutableArray, they fill the deleted ball with the next element. So after deleting BALL[4] your list gets shorter and now BALL[8] ( Ball number 9 ) is the last one. Sounds logic, didn’t it? But another more dangerous bug can happen by make one small mistake that way.

You write a loop handling all balls from 0 to the last element in list. And then maybe delete a ball out of the list if its moving out the screen. Then you jump over one ball in calculation!
Why? At the moment you delete for example BALL[3] the highest ball in chain [9] replace his position, so the list now only contain 9 balls. But your loop after handling BALL[3] going to handle the next ball and this is BALL[4]. Ball[9] who´s now in position of the deleted ball Ball[3] gets not handled this frame in game. Maybe that causes no problem, but maybe in some constellations this bug happen just once a hour in your game and can do everything, starting with a empty not shown image for some frames, up to break the program by error. And the not every time happening bugs, you cannot reproduce the same way again and again, are very different to hunt down, like try to shoot a deer eating grass every day at the same time at a clearance ( defined position ). Its a simple job in opposite hunting down a wild leopard where you don't know when and where he´s located between the bushes.

Some funny story from "BLACK AND WHITE"


One time the developers of BLACK AND WHITE written about some funny bug they have had. Some big creature like a pet you can act with, walking around in game, you can try to command him, feed him etc. And one time in game he just run in cycles around, and they don’t find out why he do that first. They try long to find the reason, and finally they find out he was hungry, in the mode for finding food, and so he checked all other units around, and walking to the nearest… and they do not make this procedure precluding himself in the list of possible units to eat. So he just try to eat himself... ;)

Everything is just logic, but logic can be very complex, and even if you have great skills, sometimes a mistake happen. In opposite of this it makes you stunning if you write long parts of source code without checking or running it, and after finish it you see all is running like planned without any problems. Its like driving car to the next city with closed eyes, and arrive without any accident ;) But its already great enough if you can make the written code running just by read over it once again and fix small details in about 5 minutes.

Posted by Independent game development - FREAKWAVE at 8:43 PM No comments:

There’s a reason back in my path why its so important for me to be a good father for my son. Its about the things gone wrong, the things I yearning for as I was a children myself but never got. Its most about the father I didn´t have and the mother who never understand my thoughts.

The father I didn’t have

As I was young I loved my father with every fiber of my soul. He was intelligent, able to understand me, and he never inveighted me. He was soft, so I never have to fair he telling me what i´m not allowed to do, and that’s why I loved him and not my mother who somethings getting angry with me if I broke something for example. That this weakness "not being able to be steady" would be his curse later on I not realized at that age. As I was about 10 and gets interested in so many things I want to share with him and spending time with him, a very evil woman found him and use him like a toy. He knew that he´s going the wrong way, he knew hes not going to be happy that way, and on long sight losing his own childrens me and my brother, but he have had no power for withstand this. So I see him first once a weekend, once two weeks, once a month and later once a year and less. But all the time he say he plan visit us soon, spending time with us, and I believed him. Even after gets disappointed a hundert times, till I was adult my self and for the first time I understand what really happen. As child I try to show him what I do, my games, my thoughts want to have feedback from a person I respect and be able to understand me, but he only try to do something for his conscience, buy me some stuff and go away after one or maybe two hours. I going the way I go, whatever happened, but it was not nice to go it alone. I got a PC, I got a scanner and printer, all stuff I needed but I was willing to change everything just for real time with my father, what I never get.
After all I understand whats real important, and I never go to be like that for my son. I never can give him more attention then he deserves. I can buy to much stuff, or educate to soft, but time I never can spend to much with him. 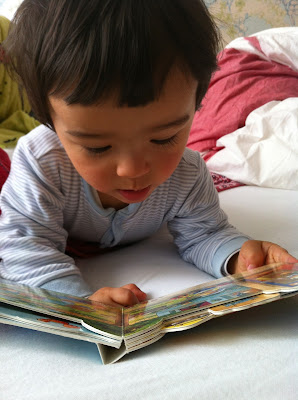 The mother who dosn´t unerstand me


My mother was not like my father. She was not so soft minded. But do you know how it feels if somebody just do like interested and understanding but is not able to really understand you? She not mean it bad, but it makes no difference for my feeling nobody understand me, if I tell her i find my old Toy car, or I tell her I find a way to improve the system performance of windows about 50%, or inviting some very cool new stuff, she say anyway just "SUPER! and do you come to breakfast now?" This was not the reason why i lost contact with her now, she was just not able to understand, I just write about this because its the explanation why I start doing so much all my self and learned to power this without feedback and understanding from others. Even if this feedback of people understand you and your work in this world is one of the greatest things you can get after love and friendship. But you have to be able to energy your self at least for a while.

So please, all of you outside there, spend as most time with your children's, wife, and friends as you can. This is what really fill your live with sense and pleasure.

Posted by Independent game development - FREAKWAVE at 10:13 PM No comments:


All my childhood long I play with LEGO, builded everything from spaceship to technic stuff like a terminator arm moved by strings and handles. Then I stopped unless XMAS 2011 where I bought some remote controlled excavator which just fascinating me. After building and tuning it I thought about the new electric parts LEGO used and what you can do with it. So a question revealed to me: If its possible to build a remote controlled robot with reloading weapon systems, strong enough to destroy the cohesion of other opponents just using the platform LEGO? Because using real RC components for a contest like that making it enormous expensive and you need stronger weapons to fight, that you even risk hurting humans. About a half year later and hours over hours of brick building I got the answer:

What to do know?

The next step would be finding teams for this contest, sponsors and support crew to produce a media relevant show on TV or just for fun on YouTube. Then the opponents can battle and join challenges, driving, racing, walking, battle with mealy and distance weapons and so on. I also have a plan about a lot of nice features for this show, how they control the vehicles etc., and till today I never see somebody not was totally amazed by this first robot prototype. But now I just waiting for the right chance to realize it in big style...

Do you like this video? Just post a reply, and you can still even be a part of it.

Posted by Independent game development - FREAKWAVE at 7:06 PM No comments: